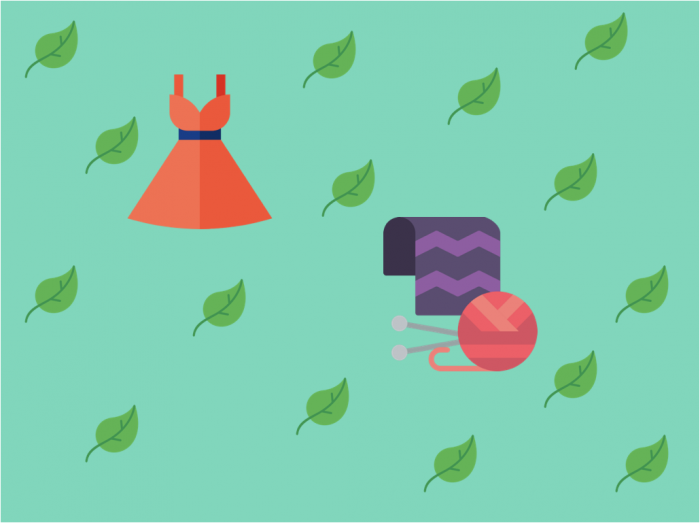 After telling some of my colleagues about my new year resolution of testing one idea a week ( this turned out to be a little too ambitious, it’s rather one idea a month), a colleague from the IT department wanted to talk to me about an idea he had had for a while. He’s an Indian software developer based in the Netherlands, but also has a hostel in India in his hometown that he is running remotely.

His dream is to build a factory for his local community members where they can make clothing, and sell that worldwide. If the world is their market, they should be able to get more orders, which means more work, more pay, and presumably, better life quality.

A platform where Indian sewers can connect to social responsible customers in the Netherlands (for starters). The initial idea is that customers can upload a picture of a clothing item they’d like to receive, and the sewers can reproduce it (this might not be legal, but hey, we’re only doing a test).

We started brainstorming on how we could test this. First, we thought of launching a ‘coming soon’ website where people could place orders for a clothing item they’d like to buy. We would then send traffic to that website and see the conversion rate. We wouldn’t make any clothing, we would just test the interest, and send interested customers an email about them having participated in a test.

I had just done a large WordPress project and was really not looking forward to having to deal with WordPress again, so I told him we should come up with a different method.

For a couple of months I’d been eying this nice knitted vest from Sezane, which is one of the pieces with the largest waiting list worldwide.

My friend bought it and it looks really nice, but I think the wool is too itchy, which is why I didn’t buy it. I brainstormed some more and then thought of this great vest by I Love Mr Mittens:

It costs about 350 euros, which I wouldn’t spend on any vest, so I decided that it would be great to use this as a test vest that my colleague’s acquaintances could sew for me.

2,5 weeks later I received this picture from my colleague over WhatsApp:

I wasn’t too impressed. Luckily, my colleague was on the same page. We concluded that this test had failed, because the item didn’t meet expectations, and delivery time was rather long (about 2,5 weeks). We then wanted to do a second test with the Sezane jumper, but it was never delivered.

This little adventure taught me a few things:

Getting it right with a long distance manufacturer who doesn’t speak English is tough. Nonetheless, me and my colleague were both happy with our experiment and came to the conclusion that setting up a social business isn’t that easy. Even if you know the locals and speak their language.