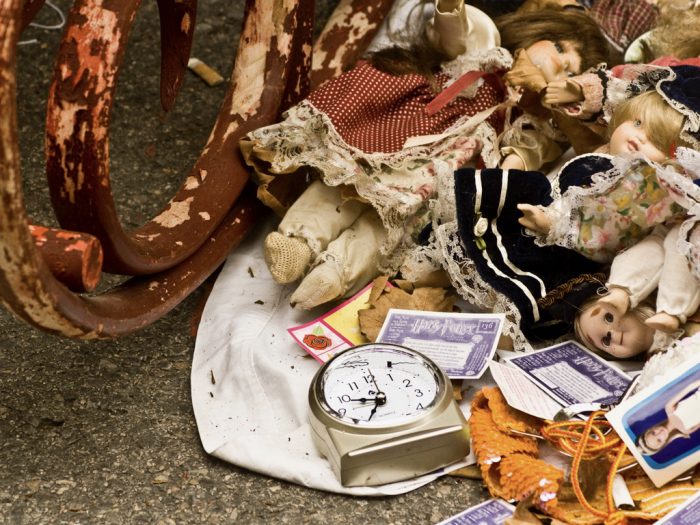 Let’s kick off my Problems Worth Solving challenge with an idea I tested extensively in 2017: ‘the Marktplaats for busy people’.

How it all started

During a random conversation with one of my friends mid 2017, my friend mentioned that she wanted to sell some of her clothing but didn’t feel like taking the trouble to put it on Marktplaats (the Dutch version of eBay). She thought the process of putting an item online (taking pictures, creating the ad, negotiating, delivering the item) was too time consuming and she had heard bad stories from friends about buyers not showing up. Hence, she decided to just donate her clothes to friends and give the rest to charity.

Her experience triggered me because I had already been testing this idea during the 2015 Lean Startup Machine Weekend in Amsterdam. The pitch: busy people with valuable items don’t have the time to sell their valuable items, so we will become their Marktplaats resellers. Out of the +/- 20 ideas pitched, there was so much interest in the Marktplaats reseller problem that two teams, rather than one, were formed to tackle the idea. Both teams invalidated this problem. Specifically, the various target groups that we interviewed mentioned that they always found a way to get rid of their stuff: young families moved to a larger apartment and put their boxes with stuff on the attic, young professionals would leave old furniture at the fraternity house, elderly people gifted their valuable items to their kids, and one environmentally friendly guy mentioned Marie Kondo and having thrown away all the stuff that he didn’t use anymore.  The guy that originally pitched the idea was happy to have participated, as it was a clear sign that he shouldn’t waste his effort on building a service that nobody needed. Sidenote: our main learning of the weekend was that we hadn’t defined ‘stuff’ (in Dutch: spullen) well enough during interviews.

Notwithstanding my previous conclusions I decided that my friend’s frustration was enough reason to give the initial invalidated problem another try. I told my friends and family about my new service and found some customers. I planned a visit, picked up the items, and told them I would take a revenue cut of each sold item. My new business was born.

Busy, lazy and/or digitally illiterate people have valuable items that they want to sell, but can’t bother to do so.

I will become the Marktplaats reseller for people with valuable items

30% revenue cut will make me a reasonable hourly fee

Client #3: 70 euro ( 100% of the sale proceeds)
Sold: clothing, mostly unworn shoes. My client and I both anticipated much higher revenue, so when it turned out that this was it, she told me to keep everything in return for my time and effort.

No real costs, other than the time investment.

I’ve made approximately 20 euro / hour. I’d imagined my hourly rate to be much higher, more towards 50 euro / hour.

NO! 20 euro per hour is below expectations.

Learnings: 8 reasons why you shouldn’t waste your effort creating a business reselling other people’s stuff

Initially, I thought a 20-30% cut on revenue would be a reasonable commission fee. However, I soon discovered that there is no way that this fee will cover the time and effort put in picking up, uploading, selling and delivering the items. Basically each of these steps took much longer and required more effort than anticipated.

2. The only items that will actually sell are high-quality and new items

This includes items of well-known brands, stuff hardly ever worn or undamaged, or something worn/used but in very good condition. 80% of the stuff I was given to sell was not high-quality. This learning made me overthink my own buying strategy: if you really need something, buy something of high quality. In case you want to get rid of it, you can then always sell it on Marktplaats.

3. You need to have a plan for the stuff that doesn’t sell

In my excitement I hadn’t thought about this. One of my clients gave me 3 large bin bags of clothing. Not until I opened the bags I saw that there were lots of items that weren’t even worth putting online. I sold maybe half a bin bag, and was left with 2,5 bags that I needed to get rid of, decreasing my margin even further.

4. Once you start selling items over 100 euro, chances are high you will attract crooks

This happened twice, when I was selling a new Blackberry Classic (market value back then +/1 150 euro) and a high-quality Versace tableware set (market value between 1000 and 3000 euro). I especially encountered lots of scams with the Blackberry.

You really need to be careful. As Marktplaats mentions: “when something seems too good to be true, it probably is”. No shit.

5. The logistics are terrible

Potential buyers are online from morning until late in the evening and only have time to pick up stuff in the evening or weekend. As a result, you’ll be busy replying to messages and handing over packages during the times you would rather do something else, let alone the times you’ll have to pass by the post office if the client asked for a mail delivery rather than pick-up.

6. Don’t try this from your dorm room

At the time, I was living in a 16m2 room with little storage space. For weeks, I was looking at black bin bags. It was pretty depressing looking at ‘trash’.

Truth be told: if you want to sell something, you better present it in the nicest way possible. This requires effort. Much more effort than anticipated. You need to take into account the right angles, lighting (no pictures in the evening), product information like brand, size, material…

8. We own way too much stuff

It’s really mind blowing how much stuff we own that we really don’t need. I’m guilty. While I was reselling items for clients, I also sold some of my own furniture, clothes, accessories and electronics. Too often I wondered what had motivated me to buy these items in the first place. I decided to think more carefully about my next purchases, read more Marie Kondo (now also on Netflix), and watched the documentary Minimalism. It helped.

ABORT. Becoming a Marktplaats reseller is a terrible idea. Glad that I figured that out. On to the next challenge!